Cost: Session cost is $250 and includes a futsal ball- 8 sessions.

Space is limited to 24 players per session, click here to register.

All sessions will be led by our Technical Director, Cleber Silva.

Refund Policy: No refunds after Dec 1st, 2022. All requests must be made in writing to admin@redstarsoccer.net.

The word “Futsal” comes from the Spanish name “futbol sala” which literally means “room football”. It originated in the inner cities of South America and was first played indoors at a YMCA in Montevideo, Uruguay around 1930. An Argentinian named Juan Carlos Ceriani invented the game to be able to practice soccer indoors as an antidote to rain-drenched pitches. The game soon captured the imagination of the football-playing public and was enthusiastically adopted across South America.

A similar form of the game was developed in Sao Paulo, Brazil known as “futebol de salao”. The first known leagues were formed there in 1952 and the first known international competition took place in 1965. Futsal is now an integral part of the football fabric of Brazil and many of its finest champions have attributed the development of their soccer skills to playing a lot of Futsal as youngsters.

“I played Futsal for two or three years before I joined Santos… Futsal was important in helping to develop my ball control, quick thinking, passing… also for dribbling, balance, concentration… Futsal was very, very important, no doubt”.

“Futsal is an extremely important way for kids to develop their skills and understanding of the game. My touch and my dribbling have come from playing Futsal.”

Laws of the Game

The official rules for Futsal – ‘The FIFA Futsal Laws of the Game’ are published by FIFA and cover all aspects of the rules that the game should be played to and the disciplinary actions that players face when they infringe on those rules. There are 18 laws in all, ranging in focus from the technical requirements of the ball and court through to the exact workings of the accumulated foul rule. As an initial introduction to these laws, the basic principals of the game that make it different from any other versions of 5-a-side that you might have played are highlighted below:

The ball – Is a fundamental factor in making the game and is by virtue of the laws of the game required to be a smaller, heavier, ‘low bounce’ version of 11-a-side ball

Head height – There are no restrictions (apart form the ceiling of the sports hall!) as to how high the ball can be kicked in Futsal

Rotating substitutions – Up to 12 players can be used in one match and there is no limit on how long a player must stay on or off the pitch. Players must enter and leave the field of play via the ‘substitution zone’ that is marked on the pitch in front of the team’s benches

Kick-ins – In order to restart the game after a ball has gone out of play the ball is kicked back into play from the touchline and from corners. The ball must be placed stationary on the touchline and the feet of the player taking the kick-in must not cross the line

The 4-second rule – For kick-ins, free kicks, goal clearances, and corner kicks the player in possession of the ball has 4 seconds to restart play which the referee will count with their fingers in the air. If play isn’t restarted within four seconds an indirect free kick will be awarded to the opposing team. The goalkeeper is not allowed to control the ball for more than 4 seconds in his own half

The 5m rule – Players are required to keep 5m from the player in possession of the ball on free kicks, corners, goal clearances, kick-ins and penalties

Accumulated fouls – Each team will be allowed to give away 5 direct free-kicks in each half, then on the sixth foul a direct kick is awarded to the opposing team and the defending team is not allowed to position any players (other than the goalkeeper) between the ball and the goal. The kick may be taken from the 10m mark or, if the foul was committed closer to the goal than the 10m mark, then the kick may be taken from the position where the foul took place

Red Cards – If a player is sent off then the team to which the player belongs must remain with 4 players until either two minutes have passed, or the opposition have scored a goal 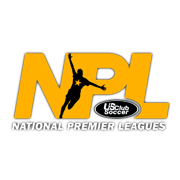 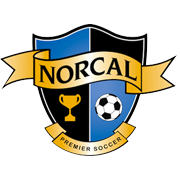 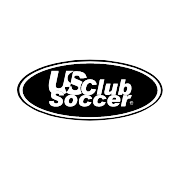 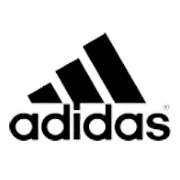